10 of The Strangest Music Videos That Rock 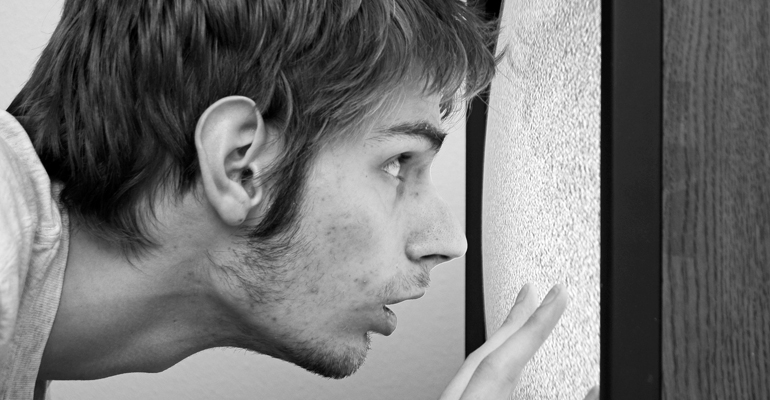 Rock music videos are a great and wonderful thing but sometimes they can blur the lines between cool and nightmare inducing.

As you look back on music history and how the advent of the music video has changed how we consume music, it’s impossible not to consider that strange era from 1989 to 2000. In those 11 years, MTV gave us Headbangers Ball and 120 Minutes; the two bastions of rock and alternative music that weren’t overtaken by pop, rap, dance or hip hop. And, the bands and artists who made the music that accompanied our favorite videos used their creativity to give us music videos that sometimes left us wondering to ourselves or even aloud, “what the hell did I just watch?”

Here are ten of our favorites, in no particular order.

To be honest, you could put any Primus video in this list. But this one is included for the pure and simple fact that if you watch closely, you’ll notice there were no edits. That’s right; this is all one, continuous take. Ask any cinematographer and they will tell you that alone makes this video impressive.

Don’t act surprised, you knew this video was going to be in this list. In 1993, the world had yet to experience the likes of Tool. Later, they would go on to be compared to Pink Floyd and Rush with regard to their musical prowess. But their videos were truly something to behold. Fueled by Adam Jones’ mastery with visual effects and talent with stop-motion, Tool’s videos were mainly relegated to after hours on MTV. Mainly because even MTV wasn’t sure what to make of them. .

Listen, we’re not sure what goes through that head of Trent Reznor’s and we’re not even sure we want to know. But the video for Closer will make you uncomfortable. It seems to have absolutely no correlation with the song which was probably the intention. If for some reason Youtube’s Age Restriction is making it so you can’t watch the video; go to the page and read the comments. Hilarious.

Alice In Chains “I Stay Away”

From their 3rd album Jar of Flies, AIC give us the video for I Stay Away. Here’s the premise; an evil kid with a JAR OF FLIES releases the winged demons upon an unsuspecting circus and chaos ensues. Stop-motion is once again employed with great effectiveness to create a video that no doubt, leaves a lasting impression.

You either love Ministry or you hate ‘em. There’s really no grey area with a band like this. The video for Jesus Built My Hotrod is a collection of stock footage and footage that director Paul Elledge shot over 3 days. Once again, what we see is not necessarily a video that is intended to correlate with the song entirely – but rather one that serves as an artistic expression with a song as the soundtrack.

Lead singer Peter Steele’s story is a rather sad one. Years of substance abuse and mental health issues took their toll and he died unexpectedly in April of 2010. But his vocal contributions to the rock world are undeniable. Some in the 90’s fancied themselves as vampires and would often site Type O Negative as their band of choice. This video more or less explains that trend. What a great Halloween song!

We’ve included this video not because it’s “strange” per se, but rather because of the inspiration on the part of Guns N’ Roses to create not just a double album (Use Your Illusion 1 & 2) but to also create a story arc across both albums that would later translate into a short story via the videos for Don’t Cry, November Rain and Estranged. The latter of which was not widely successful and a very underrated song in our opinion.

Shannon Hoon’s voice is probably one of the most recognizable in rock music and the video for No Rain is probably the biggest guilty pleasure among rock fans and the most successful for Blind Melon. The bee girl, the talent show, the field of flowers and the happy ending with all the weird kids having a party…what’s not to love?

The only thing more impressive than the fact that Beck normally plays all of the instruments on his albums is the fact that he’d been working on this particular song since the 80’s. The dude didn’t have much in the way of money so this video was made with little to no budget (obviously). Coupled with the nonsensical lyrics, this video is without a doubt…strange.

Brad Roberts, that’s the singer’s name. Now you know. While strange, this video does actually tell a good story and teaches us a good lesson. Embrace the things that make us different because we’re all a little strange in our own way. By the way, Crash Test Dummies still tour, if you can believe it.

So there you have it! 10 of our favorite strange videos that also rock! And don’t take “strange” to mean bad. We LOVE these videos. It’s too bad they just don’t make ‘em like this anymore.