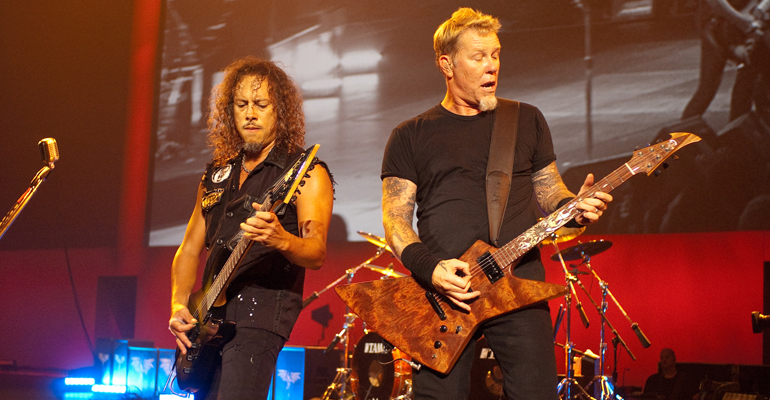 Metallica played the Star Spangled Banner to open the Giants vs. Rockies game and it’s safe to say they rocked it like only Metallica can.

Even the most pedestrian of Metallica fans among us is well aware of the band’s roots in San Francisco. So it should come as no surprise that every year the San Francisco Giants pay tribute to the Bay Area rockers with “Metallica Night” at Oracle Park. But, since there’s a plague running rampant and we’re not allowed to congregate in large groups, the stadium has remained largely empty. Thus making “Metallica Night” at the park a little lackluster.

Baseball’s abbreviated regular season is coming to a close in the next few days so James and Kirk from Metallica wanted to make sure they did something for the team and their fans. So they rocked the National Anthem prior to the first pitch. Their performance is spot on save for one, small oversight. Neither James nor Kirk shouted “PLAY BALL!”

Rockstars playing the National Anthem is nothing new. Take a peek through the annals or rock history and you’ll see a long line of musicians who have used their talents to put their own spin on the Star Spangled Banner. However, probably none more memorable and noteworthy than Jimi Hendrix at Woodstock in 1969.