I Rock’s 20 Videos That Rock for Labor Day 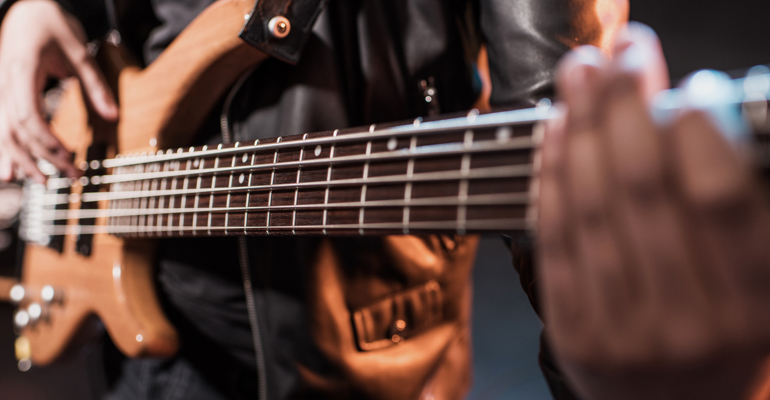 With all the great rock videos out there it’s hard to pick just 20, but we did anyway and here they are for your Labor Day enjoyment.

Since MTV can no longer grasp the idea of rock and roll much less play videos, we thought we would put together a list of our 20 favorite rock videos. This list is by no means one of those atrocious Rolling Stone “Best” lists. We’re not ranking these videos, and where they fall in this list is by no means a commentary on how we rank them. This is nothing more than a random assortment of our favorite videos, in no particular order.

Hopefully this will offer you a nice break from the madness that is currently running rampant. A respite, if you will. So, let’s get to it.

Metallica “One”
This video is just ridiculous, in a good way. It offers the viewer a no nonsense look into the true cost of war. That is to say nothing of the powerful and innovative musicianship.

Nirvana “In Bloom”
Three fine young men from Seattle! This video rocks because it puts Nirvana in a light that is the exact opposite of what they were. It also foreshadows Dave Grohl’s future with goofy videos.

Shinedown “Atlas Falls”
This video is incredibly powerful. Brent’s vocals are on incredible display and the video gives praise to our front line workers. What more could you ask for?

Godsmack “Unforgettable”
Who knew Sully had a soft side? This video rocks because the song is incredible and they used this opportunity to further promote music and the arts in school!

Green Day “Jesus of Suburbia”
Rock Opera is probably the best way to describe Green Day’s 2004 album “American Idiot”. This 11 minute video for Jesus of Suburbia does a great job of capturing the feel of that album. NSFW language.

Megadeth “Train of Consequences”
1994 was a great year for music. With the release of Youthanasia, we saw Megadeth exploring their style and maturing a bit. Great song, amazing video.

A Perfect Circle “3 Libras”
Mer De Noms or, Sea of Names was the debut album from Maynard’s side project A Perfect Circle. This song, while not a mainstream success, could be one of the most beautiful rock songs we’ve ever heard, with accompanying strange video.

Ghost “Cirice”
Does this video give you a “Children of The Corn” vibe?

Alice In Chains “What The Hell Have I”
The Last Action Hero soundtrack was chock full of songs that slap. The movie was kinda corny but the music for the film more than made up for it. Exhibit A: This friggin song and video.

Slayer “Seasons In The Abyss”
Listen, we’re not entirely sure what the Pyramids of Giza or the Sphinx have to do with this song but it doesn’t matter. Song and video…AWESOME!

Metallica “The Unforgiven”
This could be the most depressing video ever made. They say you write from the heart. If this is at all a representation of James’ upbringing, we would like to offer him a hug.

Hurt “Rapture”
We love the steampunk style of this animated video. Plus, lead singer J. Loren Wince plays an electric violin. While not on display in this song or video, we felt the need to mention that.

Avenged Sevenfold “Bat Country”
The Madden ‘06 soundtrack wouldn’t have been nearly as good without this song. That is all. Press play and enjoy.

Foo Fighters “These Days”
If you’ve never seen the Foo’s in concert, we highly suggest it. Dave is friggin hilarious! That’s why we love this video. Concert footage. Remember concerts?!

Sepultura “War For Territory”
This is the kinda video MTV would only play after hours. Sepultura’s album Chaos A.D. is filled with political commentary. Enough to start a nice Labor Day backyard debate!

Deftones “Be Quiet and Drive (Far Away)”
Chino’s vocals, the instrumentation, the video…this song has it all. There’s really not much more to say. The entire Around The Fur album is a “must own”. Go get it.

Tool “Prison Sex”
There have long been rumors that this song may be somewhat autobiographical for Maynard James Keenan. We won’t comment any further on that but this video was truly nightmare fuel when it came out in 1993.

Badflower “The Jester”
Not gonna lie, the first time we watched this video we may have gotten a little misty eyed. No vet should be homeless. Let’s get to work on that.

Pearl Jam “Alive”
Rumor has it, the songs Once, Alive and Footsteps tell the story of the Green River Killer. We can neither confirm nor deny that rumor.

There ya have it, 20 of our favorite videos! Hopefully this helped you pass some time or gave you a reason to check out of political debates on Facebook.